Today was a very productive party prep day. We got 3 projects done, which is a lot with 3 kids 3 and under! I’m putting the third project, “Do You Want to Build a Snowman” game, in it’s own post because it’s a tutorial.

I got the idea to draw Olaf on individual sticks of string cheese from this pin on Pinterest. It’s pretty straight forward–grab a black Sharpie and orange marker and draw the little guy on there! At first Eowyn was not into this idea, “But mom, that’s not safe for us to eat!” Once I explained that I would be drawing Olaf on the packaging and not the cheese itself, she was on board. I sat down with the supplies and banged them during a nursing session. Eowyn separated them and helped keep them organized, so she felt involved. Bam! We have some cute and healthy snacks for the kiddos (pretty much the only healthy snack I have planned. It’s a party; I say let them eat sweets!) 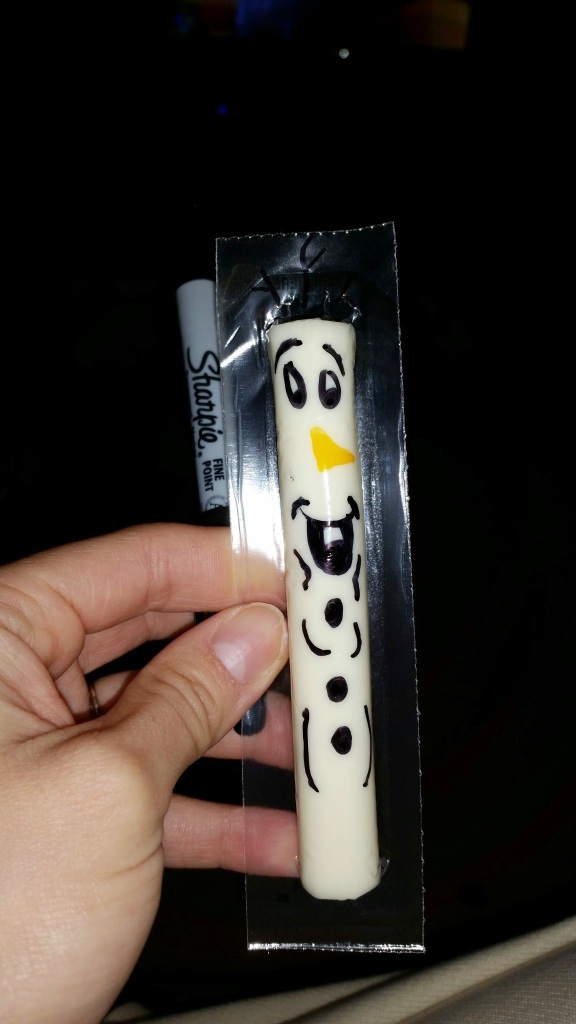 Next up was Frozen silly putty (also found on Pinterest). When I found this I thought it would make a great party favor, so the girls and I whipped some up. Ours came out a bit foamy; still unsure why this happened. But, still sticky, fun silly putty that I’m sure the kids will love! I picked up two 8-packs of small Gladware containers at Walmart for $2.60 each to package them in, and went the extra mile by writing “Frozen Silly Putty” in the Frozen font. 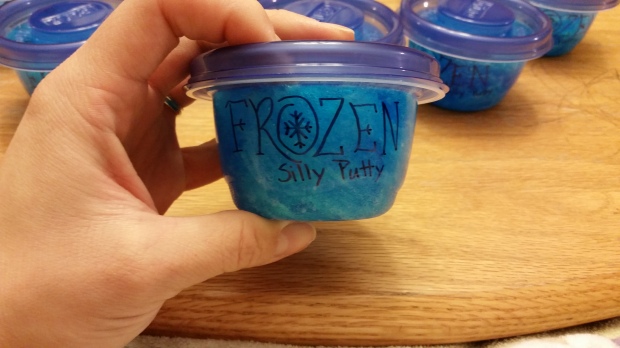 The best part was making it with the girls. They loved mixing it and watching it turn into the sticky guck we all loved as kids.

This error message is only visible to WordPress admins

Frozen Birthday Party Prep: Do You Want to Build a Snowman Game

Frozen Birthday Party Prep: Do You Want to Build a Snowman Game