At Least Pee is Sterile

My sister came out from California to spend last week with us. I had plans of surprising her with a birthday cake since we couldn’t be with her in February for her actual birthday, of painting nails, of days spent outside playing with the kids, of nights drinking wine while watching stupid television shows, of finally getting to show her the place that I now call home because the last time she came to visit was for Laurelyn’s birth & the time before that was in the middle of the polar vortex winter. But reality looked totally different than my fantasy, as it normally does. I wasn’t able to find the time to make her birthday cake. It rained most of the time she was here, keeping us housebound. And to top it off, the 2 older girls got hit with a stomach bug; Eowyn was sick the first day she was here, and Arya 2 days later. Aside from Target & Arya’s dance class, we didn’t get out of the house until her 4th day here! We went to the Mall of America that day for a Barbie’s Dreamhouse / Nickelodeon Universe / Disney store extravaganza.

The next day, I had planned on taking her to the downtown area of our little town. It has a quaint small-town America feel and is right next to the river, so there’s gorgeous views everywhere. The first time I went to the downtown area was the first time I fell in love with this area, which has now become my home. It was really important to me to share that with my sister.

So of course, everything went wrong.

The plan was to make sandwiches and have a picnic, because frankly it wasn’t in the budget to eat out. But we ended up running late in the way that only happens when you have kids: you wake up with the sole goal of getting ready to leave, yet mysteriously it gets dragged out in extra potty trips, nursing sessions, and the extra time it takes to get the kids moving at a pace that doesn’t make you want to gouge your eyes out Fish Mooney style. No way was I going to add making sandwiches to the list when we were finally getting out of the door at 1:30. Fast food was the best choice economically speaking, but I knew that going inside to eat would waste at least another hour because of the reality of the pace of a 4 year old, 2 year old, and nursing 5 month old. The food would have been cold if we drove through and ate it picnic style at the river. So I chose to go to a restaurant downtown, because that would give us the most time. Time to spend together in one of my favorite places on the second to last day of my sister’s visit. I knew we couldn’t afford it, but sometimes I feel it’s important to choose the option that will make you happier, rather than the more frugal one.

We went to a burger joint that I really like that’s right in the middle of downtown. Unfortunately, they messed up my burger and put cheese on it (I’m allergic to dairy). So everyone else ate before me. But I will say that the waitress handled it perfectly: she caught the mistake before bringing the food out and had the manager take my meal off the bill without me having to complain first. I can’t tell you how many times I’ve had to A. Remind the server that I can’t eat the food they served me because of the cheese that’s sitting right on top of it, even though I told them about my allergy when I ordered and, B. Had to complain to the manager because the server made clear to me that my allergy was really inconveniencing them. I don’t like having to make a big stink, so I really appreciated the waitress being so pro-active in fixing the mistake.

Right when I was finishing up eating, Laurelyn pooped. I discovered when I took her to the bathroom that it was a blow out diaper. Like, an up-her-back-and-in-her-leg-rolls blow out diaper. If we had been at home, this would have been a you-need-a-bath kind of diaper. And I had 3 diaper wipes. I managed to get the onesie off without the poop getting in her hair, but I had to resort to using toilet paper to wipe a lot of it up because the 3 diaper wipes didn’t cut it on their own. After she was poop free, I had to put her naked self on my hip so that I could wipe the poop off of the changing pad, so that the new diaper wouldn’t be covered in it. While I was doing this, she peed on me.

Not just a little trickle either.

Oh no, this was a soak-the-whole-left-side-of-my-shirt-and-roll-down-my-pant-leg-and-on-to-my-shoe-ending-in-a-massive-puddle-on-the-floor kind of pee.

I had no extra clothes for myself, because who does that? There was a part of me that wanted to throw in the towel, just go home and give up on this impossible day. But the kids were so excited to run around by the river, and my poor sister had spent almost her whole visit cooped up in my house. So even though I felt positively gross, I decided that I was not going to give up on this day, and forged on in my peed on clothes.

At least pee is sterile.

We went back to the car to get the girls’ kite & balls, to discover that the damn kite had broken! The girls were instantly devastated and threatened to throw tantrums over it. Luckily my husband calmed them down, because if they had thrown fits over that kite I would have lost it. They kicked the ball around for about 5 minutes and then were done. Whatever happened to kids being able to amuse themselves forever with a ball and lots of space to run?

They wanted to walk along the water now. I was nursing again, so my sister took them down by the shore solo while Tyler kept me company. 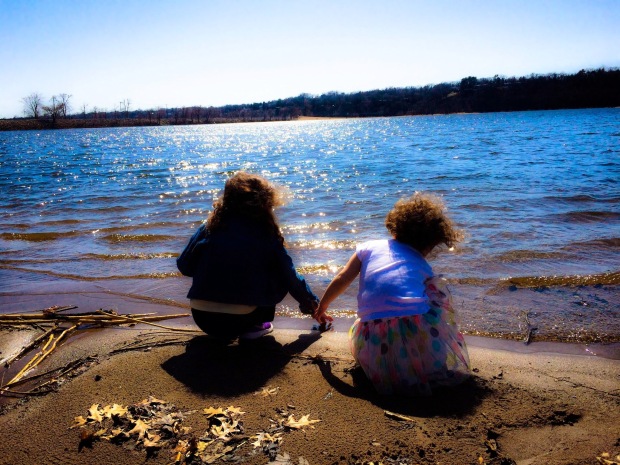 This too, only lasted 5 minutes, because Ary kept trying to go in the water. No matter that the water is freezing cold and she didn’t have a bathing suit or floaties on. My sister came walking back to us carrying Ary like a football because she wouldn’t walk on her own. She was also shoeless; she had managed to kick off her shoes in the struggle without my sister noticing.

While my sister went back to retrieve the missing shoes, Eowyn managed to climb a tree entirely on her own. This has been something that she always wanted to do, so it was such an honor to watch it unfold. My daughter checked off her first bucket list item, and I was there to witness it. There it is friends– extraordinary peeking through the ordinary day. 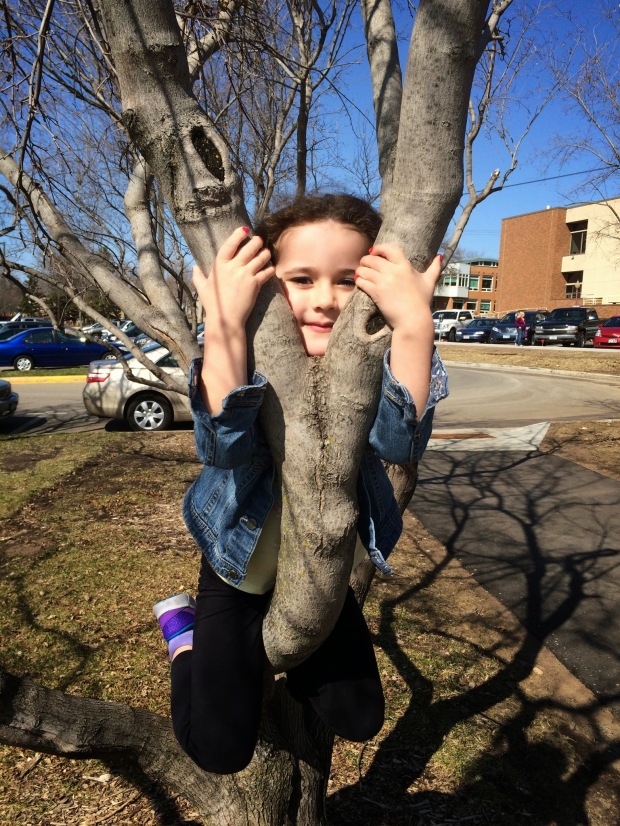 The moment was broken by a yell of, “I need ta go potty!” I passed the baby off to Tyler, grabbed Ary, and ran to the bathrooms. Which were locked. Why were the park bathrooms locked on a Saturday?! I knew she wouldn’t make it back to the restaurants, so there was only one other option: she was going to have to squat. I took her to a wooded area off the shore of the river, held her in a squatting position above the sand, and told her to go. “NOOOOO!”, she protested. “It’s ok, Ary; the dogs pee outside all the time. Just let it out.” It was really windy that day, so it was kind of a messy experience. But, I kept things light hearted and silly, and when she was done, we were laughing about it. When we were back with everyone else, she proudly announced, “I pee in da woods!”

Hey, at least pee is sterile.

There’s a bridge that goes across the river that I had yet to walk, so we decided to cross that bridge (pun intended). Eowyn was pretty disappointed by this idea, as she wanted to continue climbing trees for the rest of the day.

The view was absolutely breathtaking. 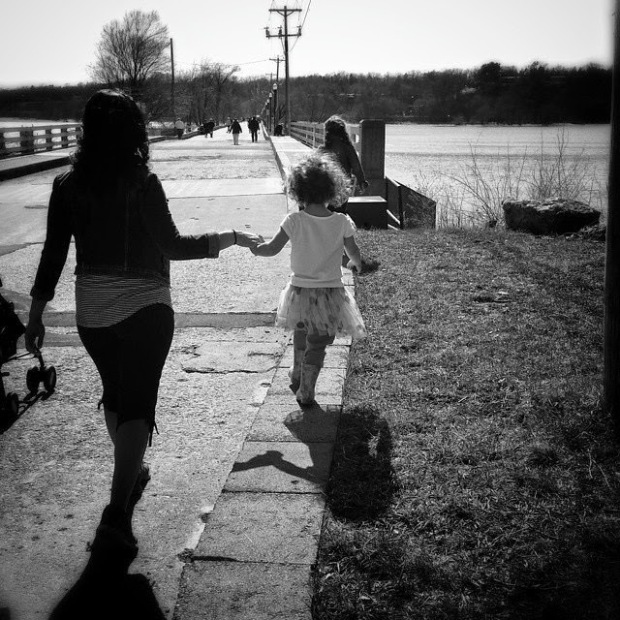 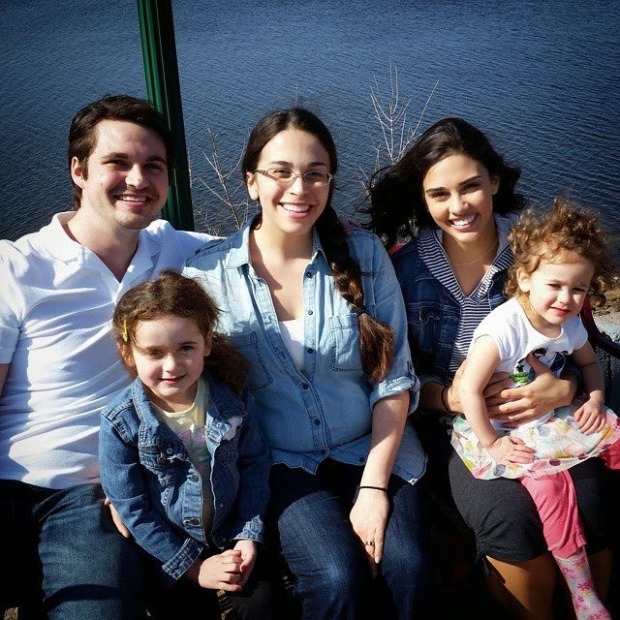 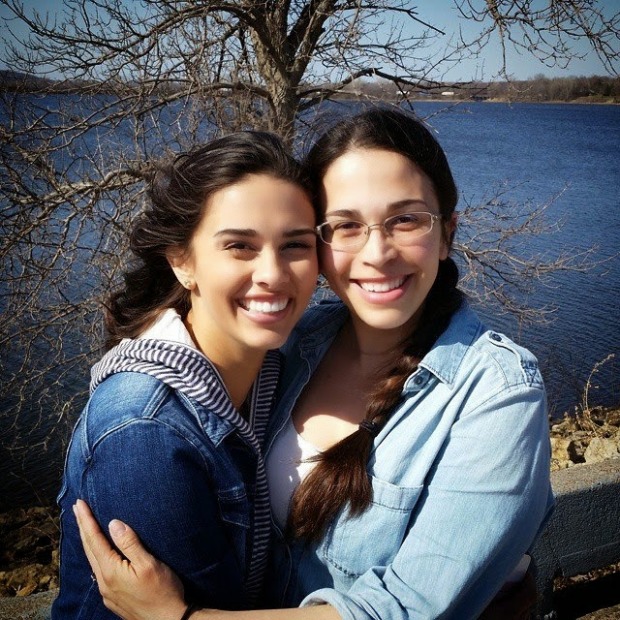 But both the girls were quickly complaining about how bored they were, and could we please go back now? (INSERT MAJOR EYE ROLL HERE) “How can you be bored when you have all of this beauty surrounding you?”, my sister asked them. I then had a flashback of our childhood when we were the bored children being asked that question. When did we become so old? The girls finally wore us down however, and we headed back halfway through.

Wanting to recreate the iconic picture of Winnie-the-Pooh and Christopher Robin dropping sticks on one side of a bridge to see who’s stick made it to the other side first, we all picked out sticks and dropped them in the water. Despite the wind being very strong, the current was stubbornly pushing against it, so non of our sticks actually made it to the other side. They actually got carried in the other direction! So much for that moment.

We headed back to the main street to get coffee and ice cream. 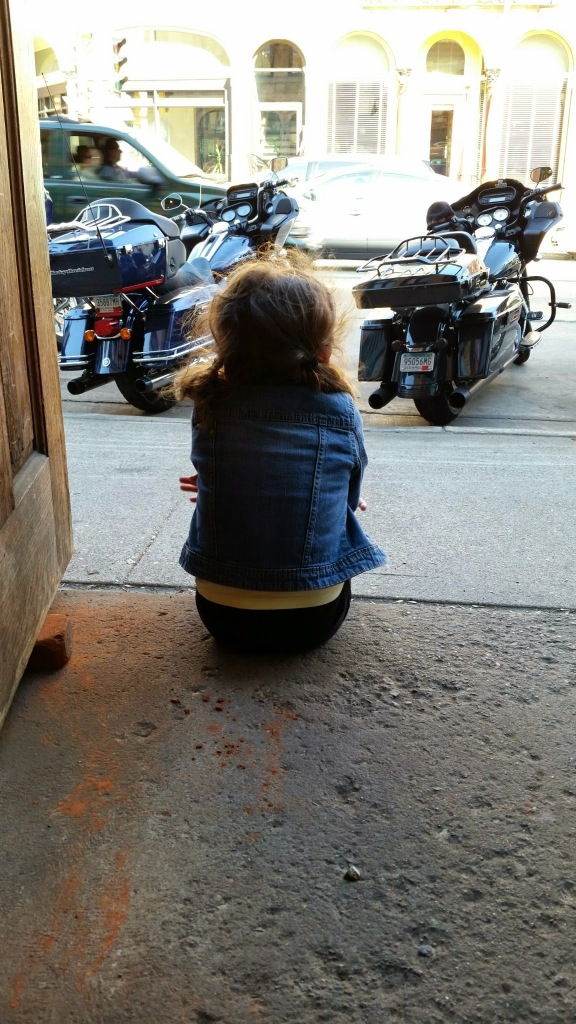 Then we packed up and went home. The girls were not happy about this; there were boo boo lips across the board.

The moment we were pulling into the garage, Eowyn asked if we could play outside. We were completely dumbfounded by her request, since we had just spent the last 4 hours outside. She threw a fit when we denied her request, “But we just walked around on a bridge, we didn’t play in my yard!” (INSERT EVEN BIGGER EYE ROLL HERE)

Sometimes, you just can’t win. You try to plan a nice family day out of the house to make some memories for the scrapbook, and life takes a piss on it (literally).

But you know what? On the way to church the next day, Eowyn said, “Mom, remember when we walked on that bridge yesterday? That was a lot of fun.” BAM! Mom for the win! Even though the day was far from flawless, I think the kids will actually file that memory away as a nice day out. They’ll remember climbing trees and a windy walk on a bridge and ice cream and forget the not-so-great bits.

As moms we try so hard sometimes to create “perfect” memories. But, life isn’t perfect. Stories are more interesting when things go wrong anyways. So the next time a day isn’t going as planned, I will remind myself, ‘at least pee is sterile’. Because if I try too hard to force something to be perfect, I’ll ruin any chance of it being fun because I’ll be stressed out.

We’ve got to hold tight to all that is good, refusing to let it go. 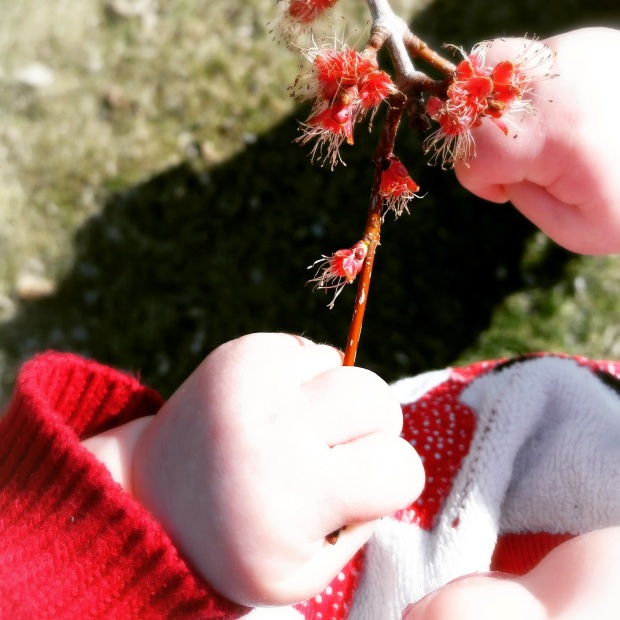 The Furnace of Motherhood

The Furnace of Motherhood