One of my friends had a birthday today. As usual, my gift was a cake. She requested one that I had never made before, so I was instantly excited: German chocolate cake. I’ve never even tasted a German chocolate cake, because with my dairy allergy I have to make my own cakes.

Upon doing some Pinterest research, I knew I was going to like this one. Who wouldn’t, with the rich, moist chocolate cake, ooey, gooey toasted coconut and pecan filling, and decadent, smooth ganache?

As you can see, my filling turned out a bit runny, but I think it looks pretty sexy having it ooze over the side.

The German chocolate cake recipe that I used required heavy cream for both the filling and the ganache. Heavy cream is always a tricky one to substitute for because almond / soy milks are obviously much thinner. Since I was supposed to warm the cream, egg yolks, and sugar on the stove for the filling, I decided to put half a cup of almond milk. Since it was too runny, the next time I make this, I’ll do a quarter of a cup.

For the ganache, I used a quarter of a cup of almond milk to substitute for the heavy cream. Since the liquid is being reduced to a quarter of what the original recipe requires, it didn’t yield quite enough to cover the whole cake…

So I had to whip up another half a batch so I could finish it off. I decided to only do piped dollops on the top, so if you wanted to do the bottom as well, I’d suggest doubling the ganache recipe so that you have enough.

Also, there was not enough liquid to melt the chocolate like the original recipe. I ended up popping it in the microwave in 10  second bursts until the chocolate and margarine was melted, stirring each time.

Can I just say how finicky chocolate is? I made the original batch of ganache the night before and let it sit in the fridge overnight. But it was rock hard the next day, so I had to microwave it in 10 second bursts until it was softer. It hardens up again pretty fast once you get it on the cake, so you need to work quickly. Then you have to get it at an exact temperature which is cool enough that it isn’t liquid, but still soft enough to pipe. Tricky business this chocolate stuff. But oh so worth it.

I used my own moist dairy free chocolate cake recipe instead of the one in the link. My policy is: if it’s not broke, don’t fix it. My chocolate cake is the best. Everyone always says how moist and rich it is. It worked beautifully with this cake.

I chose to omit the rum syrup more for time’s sake than anything else. My 2 year old has been down with a stomach bug for 5 days, so I was really pressed for time with this cake (especially since I had to make 2 of these on top of 2 dozen cupcakes). I had a 24 hour period to do it all in, no rum on hand and no time to pop to the store. I knew my cake was moist enough without it, so I wasn’t worried. However I will try that the next time I tackle this beast because I’m sure that the rum flavor would send this already awesome cake into whole new levels of deliciousness. 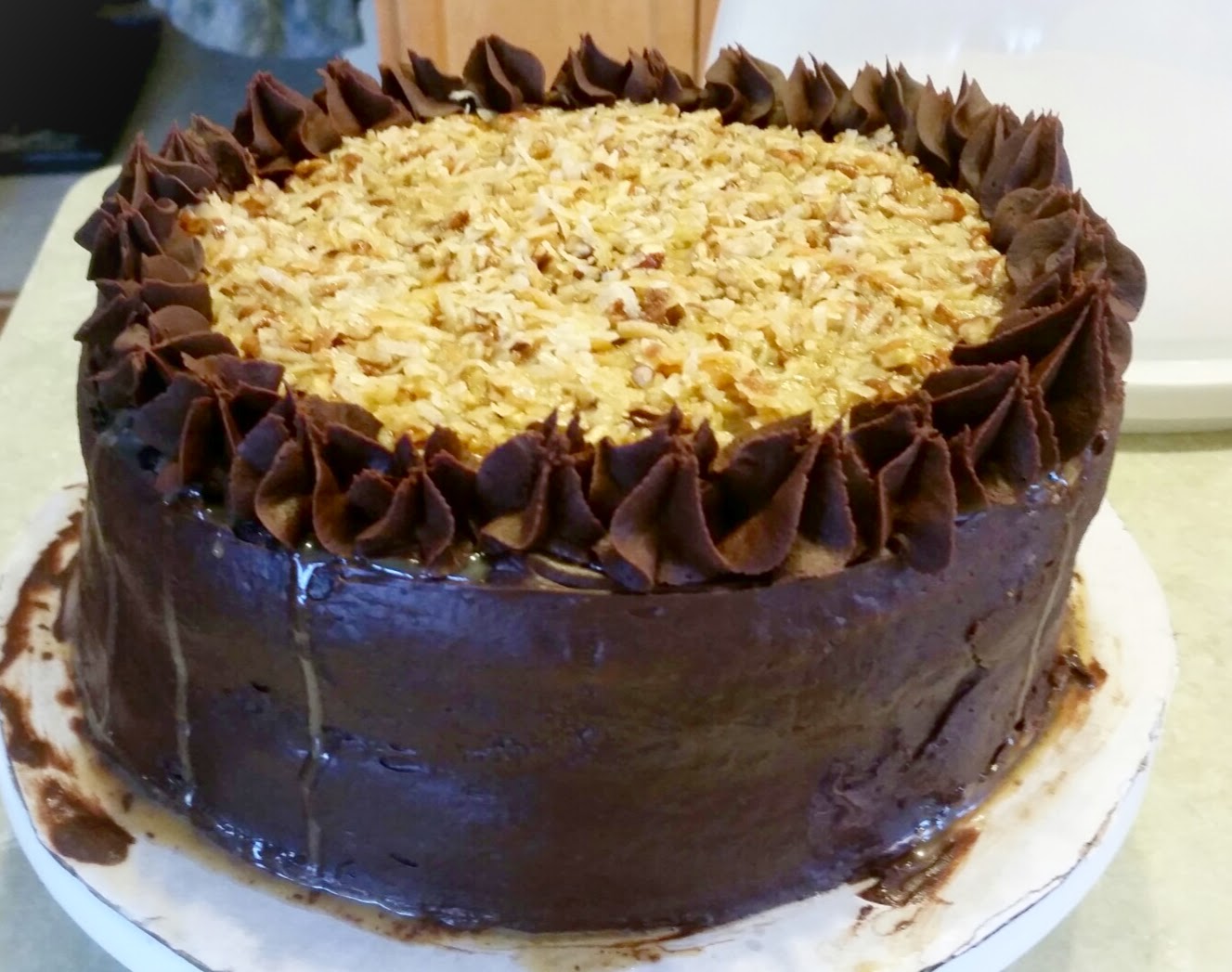 It was definitely time consuming with all the different elements, but it was worth it! It was so. good. If you love chocolate and have a birthday to celebrate, you need to make this cake. Or if it’s a Wednesday and you’re craving chocolate, make this cake. I mean, I think we should celebrate Wednesdays more often.

Stop Hiding Behind Your Kids, Mom

Stop Hiding Behind Your Kids, Mom